The Consiglio per la ricerca in agricoltura e l’analisi dell’economia agraria (CREA) has competence of scientific research in agriculture and forestry. It works linked with Ministry for Agriculture and Forestry Policies. On March 2006, following the agreement of the Conference of Regions, the approval decree for the “Reorganization and Rationalization Plan organized the Council in 5 Departments to which refer 15 Centers and 32 Research Units.

In the present project are involved:

Studies are focused on management of degraded soils, protection of agro and forest-ecosystems from damage caused by nematodes, mites, insects and more developed animals, with particular attention to methods of integrated and biological control, environmental impact reduction, use and preservation of species useful for food production.

Coordinator of SelPiBioLife
Paolo Cantiani - This email address is being protected from spambots. You need JavaScript enabled to view it.

Responsible of project at CREA FL:
Paolo Cantiani - This email address is being protected from spambots. You need JavaScript enabled to view it.

Responsible of project at CREA AA:
Isabella De Meo - This email address is being protected from spambots. You need JavaScript enabled to view it.

CREA-AA is partner  of LIFE MIPP (Monitoring insects with public participation), LIFE11 NAT/IT/000252 (http://lifemipp.eu/) and coordinator of SOILPRO (Monitoring for Soil Protection) LIFE08 ENV/IT/00428 (http://www.soilpro.eu/). In the past has been partner in the Project Progetto Man-Gmp-Ita (Validation of risk management tools for genetically modified plants in protected and sensitive areas in Italy) LIFE+ MAN-GMP-ITA (NAT/IT/000334) (http://www.man-gmp-ita.sinanet.isprambiente.it/).

CREA FL is partner of LIFE08 NAT/IT/00371 RESILFOR (RestoringSILver-firFORest) (http://www.liferesilfor.eu) and of LIFE 09 ENV/IT000078 MANFOR (MANaging FORests for multiple purposes: carbon, biodiversity and socio-economic wellbeing) (http://www.manfor.eu). In the past has been partner of LIFE09 ENV/IT000087 PPROSPOT (Policy and PROtection of SPOradic tree species in  Tuscany forest) 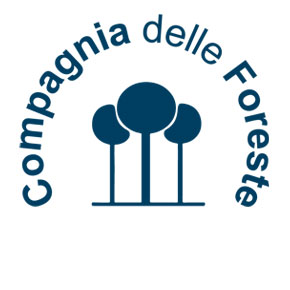 Compagnia delle foreste (CdF) is a private corporation specialized in communication concerning environmental field. Since 1995, the company has been producing the forest magazine “Sherwood - Foreste e alberi oggi" with national distribution, aimed at divulgating and promoting forestry issues, in collaboration with local authorities, research centers and thanks to 4 employed graduates in Forestry. In particular, management of tree plantations, forest fire, tree oriented silviculture, silviculture for sporadic species and carbon balance are matters of interest.
Conferences, seminars and training courses about these themes have been organized as well as handbooks, thematic maps, calendars, websites and videos have been published.

CdF produces and manages web sites for projects in which it is involved in and it is the holder of the only one Italian on-line library dedicated to forestry field (www.ecoalleco.it).
In the project SelPiBioLife, CdF is involved in communication and divulgation, in collaboration with partner handler for demonstrative surveys and monitoring.

The Compagnia delle Foreste manager for the project SelPiBioLife is:
Paolo Mori  -  This email address is being protected from spambots. You need JavaScript enabled to view it.

The Unione dei Comuni Amiata Val d’Orcia (UCAVO) is a local authority which operates within an area which includes the municipalities of Abbadia San Salvatore, Castiglione d’Orcia, Piancastagnaio, Radicofani, San Quirico d’Orcia in the Province of Siena. The main aim of the UCAVO is to enhance the quality of life of its own citizens and to promote the social-economic development, the protection and promotion of the territory, with particular attention to overcome the disadvantages caused by the mountain environment and the marginalization of the territory.

Due to its own forest skills, the UCAVO is responsible for the management of more than 5000ha of mostly forested territory, divided between its property and property of Regione Toscana.

During the 1997-2004 period, UCAVO carried out a mycological research with the University of Siena, which results have been presented at the VII International Congress of Mycology, held at Oslo in 2002. The UCAVO is interested in innovative experimental silvicultural treatments, with the aim of enhancing both forest biodiversity and minor products.

The project responsible of the UCAVO entity within the SelPiBioLife is:
Pier Giuseppe Montini -  This email address is being protected from spambots. You need JavaScript enabled to view it.

The Unione dei Comuni del Pratomagno (UCP) is a local authority with its own statutory autonomy. It was created to deal with the management, as a sort of partnership, of a number of municipal functions.

Its territorial area includes the municipalities of Castelfranco di Sopra, Castiglion Fibocchi, Loro Ciuffenna Pian di Sco and the Province of Arezzo. In the UCP territory is included the Regional Forest Complex "Pratomagno-Valdarno", which has an extensive public reforestation area.

The total area of reforestation is approximately 870 ha, of which almost 500 are pure pine stands or with pine prevalence. To optimize the management of the reforestation, since the late 70s there was a fruitful collaboration between the past "Comunità Montana del Pratomagno" (now UCP) and the past Experimental Institution for Silviculture of Arezzo (now CRA - Research Centre for Silviculture), which significantly increased in the last 15 years.

In the period 2011-2013 the experimentation and collaboration between the two institutions has been further enhanced thanks to the project "Mycological silviculture: relationships between silvicultural treatment and production of marketable mushrooms in reforestation of black pine" funded by the Region of Tuscany.

The project responsible of the UCP entity within the SelPiBioLife is:
Marco Romualdi - This email address is being protected from spambots. You need JavaScript enabled to view it.

The research interest of this group is addressed principally to macromycetes and the environment, with the aim to understand the ecology and mysterious interactions and to bring fungi as active protagonists in conservation programes:

In SelPiBioLife project, the staff of the University of Siena studies the effects of thinning on mycological diversity, with reference to the anatomo-morphological characteristics and molecular techniques.

The manager of the University of Siena for the SelPiBioLife project is:
Elena Salerni - This email address is being protected from spambots. You need JavaScript enabled to view it.